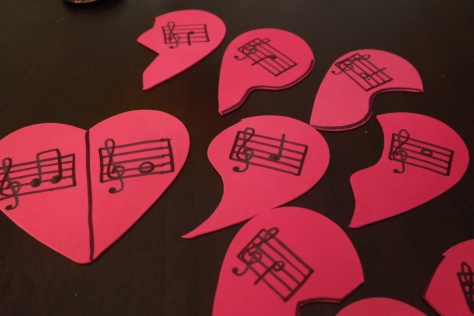 I tend to overanalyze things. This is both one of my strengthens and one of my weaknesses. It makes me great at thinking through every possible scenario to make sure that all possible contingencies are covered. In my office, they’ll bring me in to review something – plans for an event, the new vending machine, a report – and within a few minutes I’ll figure out potential problems that no one else thought of. The downside is that I cannot really shut off this power, so I read way too much into pretty much everything. I take nothing at face value, which makes my personal relationships a potential landmine. I’ve gotten better about not articulating or acting on this tendency to overanalyze, but just know that internally my brain is working overtime to try and interpret every voice inflection and pause. It’s exhausting.

So it’s no surprise that when it comes to songs, I tend to pay more attention to lyrics and their meaning than the average bear. And I’ve noticed that there are some songs that sound like they are sweet and romantic, but they contain some lyrics that make that assertion a little questionable. Whether it is an unartful phrase or some hedging buried within the lyrics, these songs may sound like they would be proclamations of love but if you dig a little deeper they are problematic. In other words, if these songs were sung or dedicated to me, I wouldn’t be 100% impressed.

Police – Every Breath You Take

Let’s start out with an easy one; I think by now everyone realizes that “Every Breath You Take” is more of a stalker anthem than a declaration of true love. Maybe in a different context hearing that you “belong” to someone might be romantic to some people, but the idea that every move being make is being clocked by someone who you’ve left is just straight up unsettling.

Every move you make

Every vow you break

Every smile you fake

Every claim you stake

I’ll be watching you

Since you’ve gone I been lost without a trace

I dream at night I can only see your face

I look around but it’s you I can’t replace

I feel so cold and I long for your embrace

Get a restraining order. I’ve watched enough Investigation Discovery to know how this ends.

This Beach Boy classic doesn’t waste any time hedging its bets; the very first line sows some doubt about the future of this relationship:

I may not always love you

Sure that may be honest – who can tell the future – but probably not the best opening line to woo your love. The equivocation continues later in the song:

If you should ever leave me

Well life would still go on believe me

It’s that second line that gets me; there has got to be a better way to say that. I found it very appropriate that this song was used as the theme song for Big Love, since that polygamous relationship had all sort of issues and questionable sincerity.

This is the song that actually prompted this post; there is no denying that Grammer’s ode to fidelity is a very catchy song. But something about the lyrics bothered me – I’m glad that this dude is staying faithful to his significant other, but I’m not sure he should be emphasizing that he’s only one drink away from cheating:

So nah nah honey, I’m good
I could have another but I probably should not
I got somebody at home,
And if I stay I might not leave alone

I get it – monogamy is hard and temptation is everywhere. And maybe I’d overlook the “one more drink and I’m going to cheat” line if the song didn’t also spend a little too much time talking about how hot this other woman is:

And these long long legs are damn near everywhere

And you’ve got that ass

If I was this dude’s girl, my relief at his decision not to cheat would be tempered by how tempted he sounded to be. It’s not great to know your significant other is one drink away from leaving the bar with another person.

This song has cracked me up pretty since it came out. On the surface, who wouldn’t love a slow jam about getting married? In fact, one of my friends even put this song on her wedding cd that was given to guests, which never ceased to be a source of amusement to me. Because if you really pay attention to the lyrics, this is not the most romantic way to propose:

Meet me at the altar in your white dress
We ain’t getting no younger, we might as well do it

We ain’t getting no younger?!? Grammar aside, this is the equivalent of shrugging your shoulders and saying “why not” to the idea of marriage. This has settling with the person you’re with written all over it. This is not the way to ask someone to get hitched.

Clearly all the people who are using this song in their lip-dub proposal videos have not spent any time listening to the actual lyrics beyond the “I think I wanna marry you” chorus (which is problematic in and of itself – you think you want to marry me?)

It’s a beautiful night. We’re looking for something dumb to do. Hey baby, I think I wanna marry you.

Who cares if we’re trashed got a pocket full of cash we can blow oh oh oh,

If we wake up and you wanna break up that’s cool.

It was fun, girl.

I’m not sure that a guy that thinks getting hitched is “something dumb to do” is really marriage material, especially since alcohol seems to be a main component of this decision making. “Shots and patron, and it’s on” can lead to a lot of fun things, but a wedding probably shouldn’t be one of them. This song should be the unofficial theme song of wedding chapels all over Vegas. 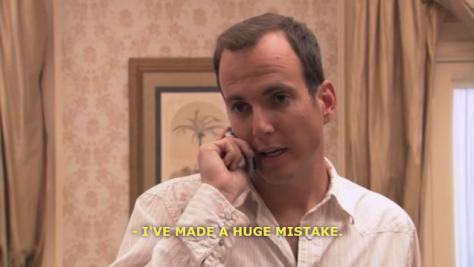 Backstreet Boys – As Long As You Love Me

This is perhaps the most famous song from this boy band and I’m sure plenty of tweens swooned when it was played. It’s a solid song, if you don’t pay attention to the clear desperation of the lyrics:

Really? You don’t care who I am? That’s a sure way to make a person feel special. Get some standards dude – by this logic, as long as Charlie Manson loved you, you’d be cool with all that cult murder stuff happening. The person you’re with shouldn’t feel like they are interchangeable with any other person who loves you.

It’s worth nothing that I actually like all of these songs and it isn’t necessarily the fault of the artist that some people assume that these songs are saying something that they’re not. But every time I hear one of these songs, as I’m singing along I can’t help but think about what the lyrics are actually saying. It’s like when I hear Rupert Holmes’ “Escape (The Pina Colada Song)” – it’s a tremendously catchy song, but in the back of my mind I’m always thinking about how terrible these people are and how truly dysfunctional this relationship is. There is a lot more going on in these songs than their title or chorus might indicate.