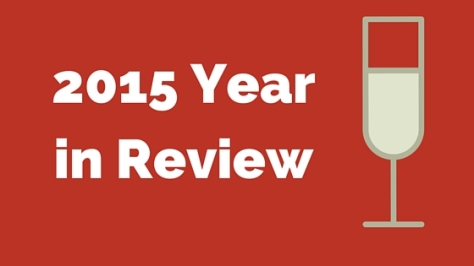 I think all bloggers are contractually obligated to do some sort of year end post and New Year’s Eve is as good a day as any to pause to take a moment and reflect on the pop culture that I consumed in 2015 (and I consumed a lot). Overall, I think that pop culture 2015 was pretty strong; there were lots of great movies, TV shows, concerts and Broadway shows out there if you knew where to look. I’ve developed a pretty good sense of what I’m going to like – and what I’m not – so while there were fewer pop culture items in 2015 that just blew me away, what I did consume was consistently enjoyable.

So in a year when I watched, listened and experienced a lot, these were my personal highlights for 2015.

I had no previous experience with the Mad Max franchise, so I was slow to get around to seeing this. I’m sorry that I waited so long, as I really dug this movie. It was smarter and more enjoyable than I expected and I was a big fan of the film’s feminist tone. Most important – I couldn’t take my eye off the action. Plus how many other movies this year featured a guy shredding a guitar that spit out flames?

That’s reason alone to crack my best of list.

This one was another pleasant surprise that I didn’t get around to seeing until it was available on demand. I’m a little skiddish when it comes to the sci-fi genre and more often than not, I just don’t like movies of this ilk. So I was a little wary when I read the description of Ex Machina as robots and artificial intelligence aren’t necessarily in my wheelhouse. But despite the sci-fi elements, Ex Machina was grounded enough in reality that I was instantly drawn in. Excellent performances from Oscar Isaac, Domhnall Gleeson and Alicia Vikander kept me fully invested and the film took me in an unexpected direction. The dance sequence is just the icing on the cake:

This film about the team that uncovered the sex abuse scandal of the archdiocese of Boston boasts an incredible ensemble that created a story that stayed with me long after the movie was over. Even though everyone knows the ultimate outcome of their investigation, they told it in such a compelling way that you are totally invested. An emotional and important movie.

Thanks to fantastic performances from Michael B. Jordan and Sylvester Stallone, Creed completely reinvigorated the Rocky franchise. Smart writing and directing found interesting new facets to what could have been a retread of previous movies. Even though we’ve seen elements of Creed before, it somehow felt completely new and fresh.

I plan to post a full review of the latest Quentin Tarantino film next week, but suffice to say that since I’ve seen it I can’t stop thinking about it. It’s perhaps his most violent and profane movie, yet also his simplest and most constrained. It clocks in at just under three hours, yet I can’t wait to watch it again.

All good things must come to an end and this year we said goodbye to Donald Draper and company in memorable fashion. I could have spent time with these characters for the rest of my life and probably wouldn’t have tired of them, but Matthew Weiner brought his series to an end in a fitting and satisfying manner. I’m sad that I don’t have Jon Hamm as a part of my life on a regular basis, but that’s what the DVDs are far. Easily one of the best shows not only this year, but in the history of television. Plus it gave us what is easily the greatest GIF of the year:

There’s no doubt that 2015 was Schumer’s year, but while the success of Trainwreck has certainly dominated the narrative I think her Comedy Central sketch show really found its stride in its third season. The show is not only hilarious but offers some pretty spot on social commentary. The standalone episode that is a parody of 12 Angry Men is nothing short of brilliant and was a risk to undertake. I’m guessing the days of this show are numbered, given the success she’s enjoyed on the big screen, but I’ll savor this show while we have it. So smart and so freaking funny at the same time. 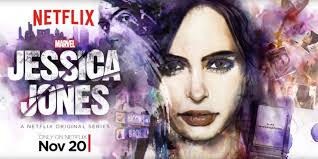 I never got around to blogging about Netflix’s newest Marvel inspired show when I watched it, but I may still write about it as there was just so much about this series that I loved. This is easily the most adult treatment of Marvel characters that I’ve seen to date and it has a distinctively noir vibe. Jessica Jones dealt with some interesting issues, such as PTSD after domestic abuse. This is a superhero show for people who don’t really care about superheroes; Krysten Ritter is amazing and David Tennant’s Kilgrave is easily the most charismatic and terrifying villain to date in any Marvel property. And not for nothing – it’s nice to see women in the leads of these shows. Jessica Jones also did a nice job or piquing my interest for the forthcoming Luke Cage.

John Oliver and his staff continue to put out one of the most intelligent comedy shows about current events. Because his show is only once week, rather than daily, they have the luxury of deliberating on news stories rather than quickly reacting to them. The show’s decision to focus on one issue in depth per episode has also been a smart one; this show has provided a public service in education its viewers on issues that are often overlooked by the mainstream news – especially issues that involve criminal justice reform – while also making you laugh. That’s a powerful combination and John Oliver is doing very strong work. 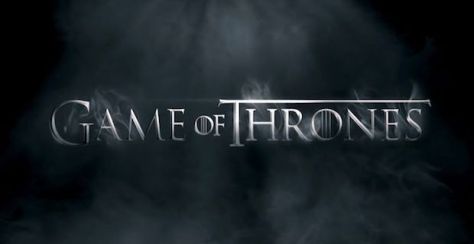 The fastest ten weeks of the year are when Game of Thrones is on; waiting for the show to return is excruciating.

If you know me personally and have run into me in the last two weeks, you are more than aware that I’m obsessed with this Netflix docu-series. Like, I won’t shut up about it until you promise to watch it. This investigation of a man who was wrongly convicted for a crime he didn’t commit, only to be accused of murder under questionable circumstances shortly after his release is compelling and infuriating. I devoured all ten episodes in two days and then hounded everyone I knew to watch it so we could talk about it. If you’re a fan of Serial, this is right up your alley; Making a Murderer raises a lot of important questions about a criminal justice system that is obviously flawed. I consider this a must-watch series. Netflix brought their A-game this year.

Honorable mention: Mr. Robot, Master of None, The Americans, Spotless

If I did nothing else this year but see Hamilton on Broadway, I think I still would have been happy. This has transformed what I thought a Broadway show could be and is easily the best pop culture moment that I had all year. I am so glad that I opted to tackle New York City with my sprained ankle to be able to see this show – and I can’t wait to see it again in 2016.

Sometimes it is fun to do some cheesy touristy stuff and I had a blast spending the afternoon at the famous wax museum in New York City. Once you embrace the silliness of the whole endeavor, getting your picture taken with replicas of famous people is actually a fun way to kill some time. Plus it’s pretty amusing to see the figures that don’t quite do justice to the person that they are representing.

Being on crutches knocked me out of commission for six long weeks; the only thing remotely fun that I attempted was the road trip to Boston to see Comics Come Home and it was totally worth all the anxiety that I had about it. A great night of comedy for a great cause; it’s now officially an annual tradition.

Dave Grohl and I were finally breathing the same air. Enough said.

You wouldn’t think seeing the replica of a TV set would have been such an amazing day, but when you are as big a Seinfeld fan as I am it was sort of a spiritual experience. I fulfilled a dream that I didn’t even know I had. And I got to meet the Soup Nazi!

What are your picks for the best of 2015? Sound off in the comments below…..and best wishes for a happy and healthy 2016!