This weekend I got together with some friends for a house party. The excuse for the gathering was to watch the Sergey Kovalev vs. Andre Ward boxing match, but in reality only handful of guest stuck around to watch the fight (which ended around 1 am). I’m not a boxing fan – I’d never heard of either of these boxers – but I if I am put in a position to watch a match I usually enjoy it. I’m still learning about boxing – understanding the scoring system is a work in progress – and it can be a little brutal to watch, but there is also something a little poetic about boxing. Most of the boxing that I was exposed to when I was younger were Mike Tyson fights, which were often quick knockouts, but as I start watching more evenly booked matches that are won by decision, I’ve found that I like those more (as long as something happens – the Mayweather/Pacquiao fight was a snoozefest).

Since I have boxing on the brain and today is coincidentally the 40th anniversary of Rocky being released in theaters, this seemed like as good a time as any to take a look at some of my favorite boxing movies. Boxing has been a fertile subject for movies and there have been plenty of good ones, even beyond the Rocky franchise. 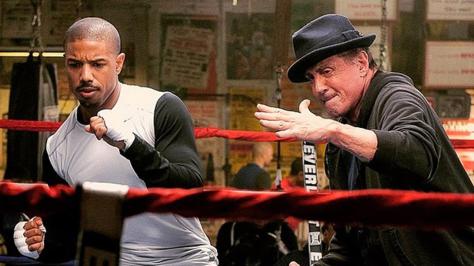 All the Rocky movies are generally enjoyable – though I’ve never seen the much maligned Rocky V – but I think the latest installment may be the best of the bunch. Michael B. Jordan was great as Apollo Creed’s son and Sylvester Stallone did some of the best work of his career in a more supporting role. Creed got my blood pumping and totally reinvigorated a franchise that just refuses to die. This was one of my favorite movies of last year and I look forward to continue collaborations between Jordan and director Ryan Coogler. They bring out the best in each other. My only complaint? It was hard to watch Jordan get hit in his beautiful face; I haven’t seen Jake Gyllenhaal’s Southpaw yet for much the same reason.

Christian Bale rightfully won the Oscar for his depiction of Dicky Eklund in this movie; he totally steals every scene that he’s in and provides a much needed foil to Mark Wahlberg’s Mickey Ward. This movie is as much about familial relationship as it is about boxing, and provides what I’ve heard is a pretty accurate depiction of Lowell, MA. Amy Adams and Melissa Leo are also great. 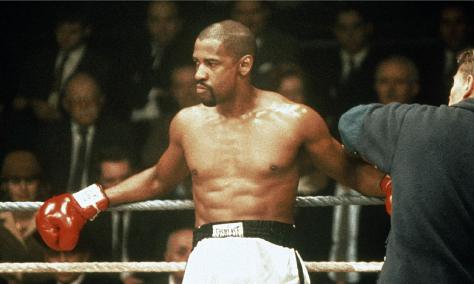 Obviously there is a lot more going on The Hurricane than your typical boxing movie, but Rubin Carter’s identity as a boxer and the dashing of his dream to win the middleweight boxing title add another layer of tragedy to his false arrest. He “coulda been a contender,” but that was all lost when he was wrongly convicted for a triple murder. Denzel Washington is great as always.

I am not going to argue that Real Steel is a good movie. It is not. But considering it is a film about robot boxing, it was much better than it had any right to be. I may have set the bar pretty low for this one, but I did enjoy it. I was surprisingly invested in the outcome and since the movie featured robot combatants, I felt less guilty about the inherent violence.

Now it’s your turn – what are your favorite movies about boxing? Sound off in the comments.