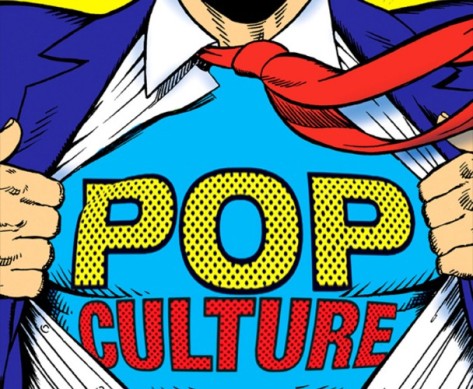 Since I do these roundups every week, I occasionally get a little confused about what stories that I’ve already covered in previous roundups and which stories only sound familiar because I read them in preparation of this week’s roundup. It’s one of the reasons putting this post together is so time consuming; I wind up doubling back and checking to make sure that the links aren’t duplicates from earlier posts. I didn’t have the time to do that this week, so there is a more than fair chance that you may have read some of these links before. Consider it a stroll down memory lane rather the side effect of a lazy blogger.

Even if some of this is familiar – hopefully a small percentage – there’s still plenty of good stuff to choose from in this week’s roundup. So kick back and get yourself either caught up or reacquainted with all the pop culture that you may have missed in the last seven days (give or take). 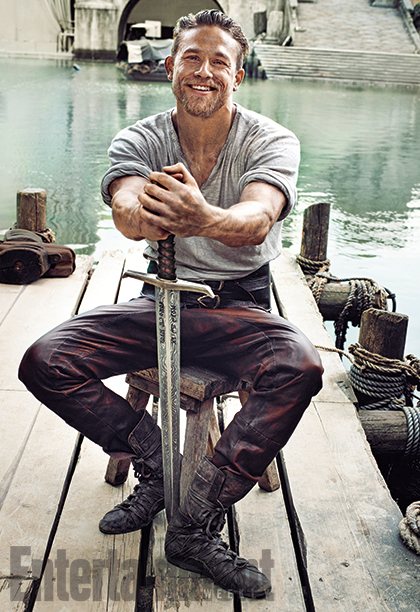 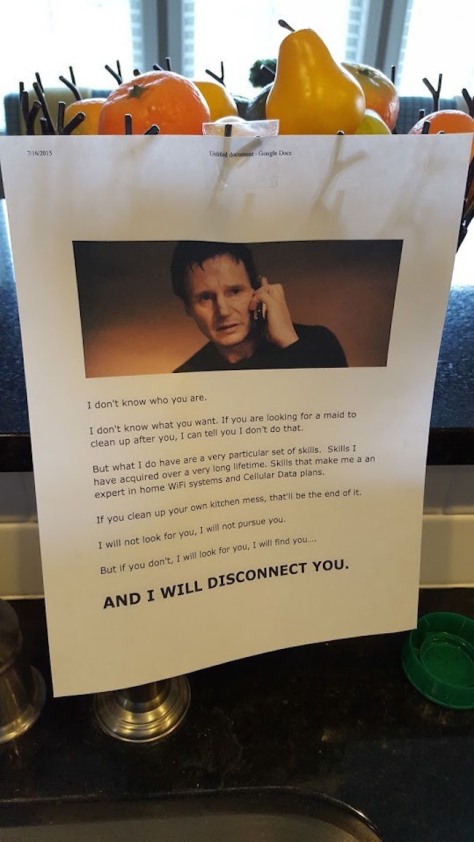 Billy Corgan Glumly Riding a Train at Disneyland Is the Photo of the Week bit.ly/1It9VHl http://t.co/wxLzvWwUwY—
Esquire Magazine (@esquire) July 25, 2015

As always, we end with the mashups and supercuts. 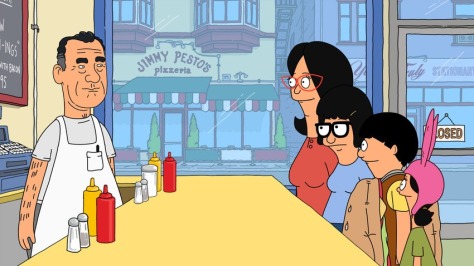 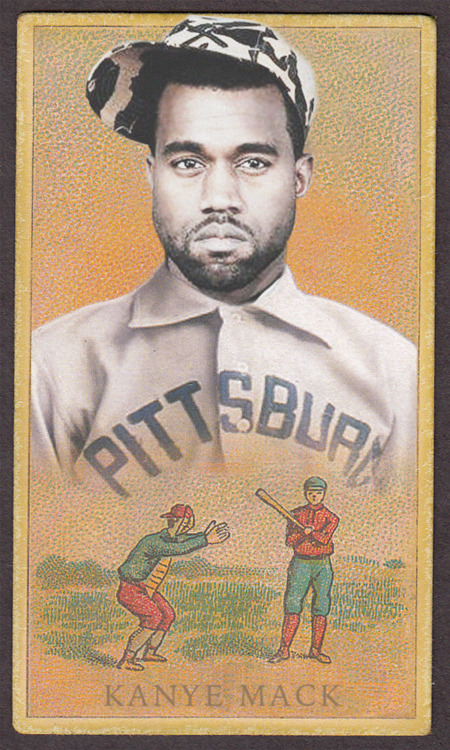 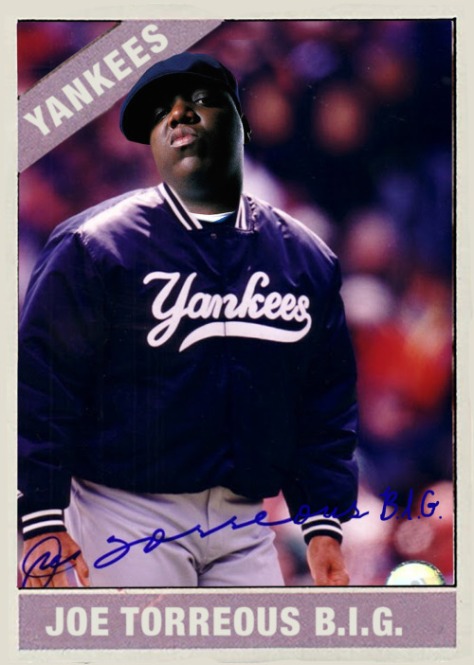 So it turns out, dear readers, that I am indeed a mere mortal and occasionally I feel under the weather. Right now I’m battling either a nasty cold or a light flu; I’m not sure if it has made up its mind yet as to what it is. This has knocked me down for the count – my boss took one look at me yesterday and sent me home, where I slept most of the day and watched a lot of wedding-related programming which seems to comprise a lot of the daytime TV schedule. I’m feeling slightly better today, but I’m also hopped up on enough cold medicine to take down an ox. The good news is that I seem to have stopped coughing; the bad news is I’m exhausted walking from one room to the next.

However, I must soldier on. I couldn’t leave you without your pop culture roundup. That would be heresy. I just can’t guarantee that everything is spelled right and that the order of links makes total sense. I tried my best, but I can’t make any promises as to coherency. So while I try the difficult act of breathing without getting winded, kick back and enjoy the pop culture goodness that I’ve assembled.

Yesterday, the Twitterverse was, well, all a twitter, about the news that the leads for the film adaption of Fifty Shades of Grey had been cast. For once the rumors actually had it right and Sons of Anarchy’s Charlie Hunnam will play Christian Grey while Dakota Johnson (Kate from the now cancelled Ben and Kate and the daughter of Melanie Griffith and Don Johnson) would become Anastasia Steele. After month of speculation as to who would take over these racy roles, people could do their next favorite things and start complaining about who was cast.

Let me say upfront that I don’t give a hoot about this movie adaptation; I read the books simply because everyone was talking about them and thought that they were absolutely dreadful. For those of you that have missed this entire phenomena, the Fifty Shades of Grey books are erotic novels that follow the relationship between the inexperienced recent college graduate Anastasia Steele and the mysterious businessman Christian Grey, the latter of whom has a fondness for submissive/dominant relationships and bondage. They were not nearly as sexy and scandalous as people made them out to be. Honestly, I just do not get what the hullabaloo is all about. I mean, I get what it’s about – I’m not a moron – but I don’t understand why these particular books have become all the rage. They don’t seem much racier to me than what I would expect you would find in any romance novel. If this is what is getting people all hot and bothered, I’m guessing that there are a lot of bored people out there. I don’t begrudge anyone’s fantasies, however, so the fact that I didn’t find the book all that exciting wasn’t the real problem with the series.

The biggest sin of Fifty Shade of Grey, in my opinion, was not its relative tameness but the fact that it was atrociously written. I had to force myself to get through some passages, not because the subject matter made me uncomfortable but because author E.L. James can barely string a sentence together. It was very clear to me that this story originated as Twilight fan fiction, though I don’t think it progressed much beyond the internet postings of a housewife. The books are repetitive and James seems to throw in a sex scene so frequently because she has no other ideas. If I had read about Ana’s “inner goddess” one more time, I was ready to slit my own wrists. And don’t get me into the disturbing depiction of a controlling relationship. I don’t care how hot Christian Grey is supposed to be – dating that guy would be like living in a prison. God, those books were dreadful. It makes me annoyed just thinking about them.

However, I am interested in Charlie Hunnam and his casting greatly increases the likelihood that I’ll eventually check this film out. I am honestly a little surprised by the backlash; people seem to be pretty upset with his and Johnson’s casting with the refrain of “I’ve never heard of them” seeming to be the biggest complaint. I really don’t get this line of reasoning; I understand that not everyone is as tuned into to pop culture as I am, but just because you don’t already know something doesn’t make it bad. Hunnam is on a wildly popular TV show – last season’s premiere was seen by 5.4 million people and has beaten broadcast networks in the ratings. Not too shabby for a show on basic cable. Hunnam also starred in Pacific Rim, which was a pretty big summer movie this year. Sure, he’s not a household name to everyone, but that doesn’t mean that he’s automatically bad. I discover new actors all the time and I don’t assume that they must be terrible simply because I haven’t noticed them yet. I wasn’t all that familiar with Dakota Johnson’s body of work when the announcement was made, but I did a little research (there’s this thing called Google) and discovered that I actually had seen her in a few things over the years and had no issue with her performances. I’m willing to give her a chance; really, as long as she is willing to do what is required for the role, my hats off to her. They probably could have gotten other more famous actresses for the role if they were willing to tone down the content of the film, which really would have been ridiculous since the sex scenes are all there really are to this series. Plus, I think for roles like this it is actually better if the actors playing the leads aren’t quite a famous; it allows them to more easily disappear into the roles for the viewer.

What I think people were really reacting to is that Hunnam and Johnson didn’t match their imagined versions of Christian and Ana. As a book reader, I understand the frustration when an adaptation of a book doesn’t seem to get the characters right. Usually, however, there is just a lot more to go on in the books to define how the characters appear; that isn’t the case with the Shades of Grey trilogy which is very ambiguous in describing the physical appearance of Christian and Ana (unless you count “hot” as being descriptive – she uses that one a lot). There is a reason for this of course – these books are fantasy and the idea is that most women will substitute themselves in for Ana. You are supposed to use your imagination, so the less descriptive the better. So when most people complain that Hunnam and Steele don’t look “right,” it just means that they don’t automatically match up with their preferences (not that it goes against the book). Personal taste is way too subjective and since people feel very passionately about these books, they tend to forget that there were a lot of different options for Christian Grey. Heck, some people were very upset that the character of Rue in The Hunger Games was played by an African American actress because they didn’t picture her that way, when the book clearly says that the character has dark brown skin and eyes. The moral is that people like their imagination better, regardless of the facts clearly presented. Also, some people are racist.

I’ve also seen people argue that Hunnam is unattractive and will make a terrible Christian because of it. These people are nuts. Of course, the media hasn’t necessarily helped in this case as they tend to use recent photos of him looking scruffy. On Sons of Anarchy, Hunnam plays a biker and most of the images selected have reflected his appearance for that character: 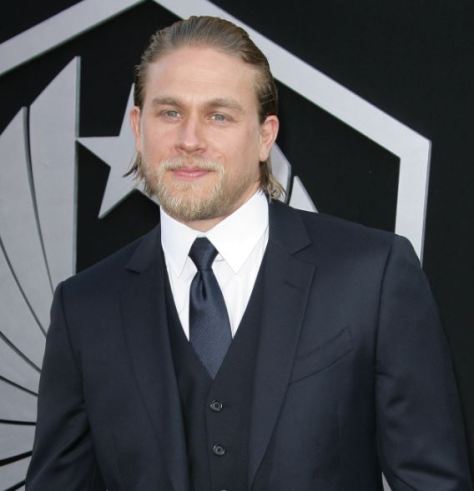 And while I don’t see the problem, I can get where this might not play into everyone’s idea of dreamy sex machine. However, people are forgetting that a shave and a haircut can make a drastic difference. While I think he’s incredibly attractive regardless, perhaps some people would feel more comfortable with this: 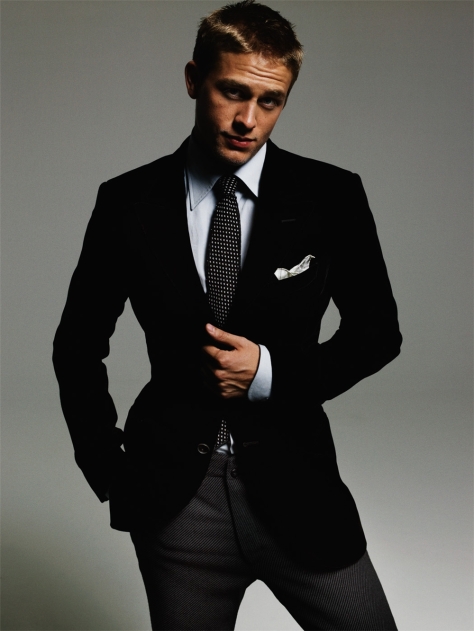 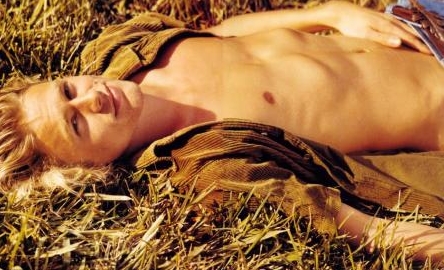 Personally, even though I like Hunnam, I’m a little bummed that he took the role. I instinctively think this movie is going to be a train wreck and I’d rather that he wasn’t associated with it. Unless there are some vast improvements from the source material, I don’t see much substance in this adaptation. I think that Hunnam is a good actor regardless of how handsome I think he is and I’d prefer that he pick projects that would allow him to flex his acting muscles a bit (as opposed to the muscles he’ll be flexing in this film). But, I can’t fault him for wanting to be in a big movie and expand his name recognition. Maybe he and Johnson will have amazing chemistry and can make more out of this film than I foresee.

All in all, I think people should generally be a little more open-minded about the casting; if people are willing to be non-judgmental about reading these books, the least they could do was give the actors a chance before getting all riled up. They hired two attractive people that are generally age appropriate and apparently are comfortable with the nudity and sex scenes required. That’s really all that matters. I’d be far more worried about the script and the execution of this film overall than the ability of the two leads.