This weekend I decided to beat the heat and head to the air-conditioned confines of the local Cineplex. I had already seen just about everything else that was playing, so I decided to take a peek at some of the animated movies that were currently playing. I like animated films, but I generally don’t go to see them in theater as a room full of children isn’t always the most conducive way to watch a film. It’s the one time that I don’t get annoyed at the behavior of my fellow theater dwellers – they are kids, after all and I’m invading their turf – but that doesn’t mean that it’s something that I’m anxious to do. However, it was too hot to do much of anything else and I had enjoyed Despicable Me and Monsters, Inc. when they were released, so I decided to take my chances and take in an animated double feature.

Though the plots of Despicable Me 2 and Monsters University have nothing in common, the films are similar and that they are both sequels to very popular movies and that neither one of them quite live up to the quality of the original film that spawned them. Both are still enjoyable and not a bad way to kill some time at the movies, though I greatly preferred Despicable Me 2 to Monsters University (which is not all that surprising as I enjoyed Despicable Me more than Monsters, Inc.) Both films could have easily appeared to be nothing more than an attempt to cash in on the success of their predecessor, but each film tried to tell an interesting new story rather than simply rehashing old material. In other words, these sequels tried a lot harder than Hangover 2.

Despicable Me 2 is the more traditional sequel as the events in the movie take place after the events of Despicable Me. Gru (Steve Carell) is now the guardian to Margo, Edith and Agnes and has retired from the Super Villain game. Their quiet existence is shattered, however, when Gru is recruited by the Anti-Villain League to assist them in discovering the identity of a new criminal mastermind. Gru is partnered with Lucy (Kristin Wiig) and the two of them have to work together, much to Gru’s chagrin. Someone must have realized that the thing people love most about these films are the minions, as their presence has been heightened in the sequel. That’s fine by me – when it comes to the Despicable films, it really is all about the minions for me. They are so darn cute.  Where do I sign up for one? Although, technically, I guess I already have one though around these parts we refer to them as “interns.”

The Despicable Me franchise may have to rebrand itself as the despicable part of the title doesn’t really refer to Gru. He wasn’t really that terrible in the first film – stealing the moon isn’t exactly the crime of the century – and the second film finds him pretty much transformed into a bona fide good guy. Gru still occasionally is grumpy, but being a dad has mellowed the guy out quite a bit. And while I applaud the higher profile of the minions, the story for the second film is a little on the slight side. There were enough laughs and funny moments that the story was almost beside the point, but the overarching narrative was still the weakest part of the film. By trying to give the minions more screen time, it took some of the focus away from the main story. Carell and company do a fine job with the voices and Wiig is a nice addition to this universe, but by trying to service so many characters and storylines the film feels a little unfocused. I doubt any of the kids in the audience cared – they seemed to be having a blast – but the adults that accompany them may notice the slight dip in storytelling. Despicable Me 2 is still a lot of fun and enjoyable to both grownups and kids alike, but it doesn’t quite reach the heights of the first movie.

I know that I saw Monsters Inc. when it was released, but I really didn’t have much memory of it and didn’t bother to re-watch it before going to see Monsters University. This was not much of an issue, however, since Monsters University was a prequel to the original film and tells the story of how Mike (Billy Crystal) and Sully (John Goodman) first met back at college. I don’t know that this was an origin story that really had to be told, but I guess that argument could be made for a lot of sequels and prequels out there. Though Mike and Sully are a team in Monsters Inc., they were not the best of friends when they first meet.  They were actually rivals, as book smart Mike resented the work ethic of Sully, who was content to ride on his family name and large stature. A series of events unfolds to force Sully and Mike to work together and cast the pair in a true underdog story. The college setting gives the animators to make several university based jokes about fraternities and sororities and college life in general. An impressive cast (Steve Buscemi, Helen Mirren, Nathan Fillion, Sean Hayes, Dave Foley and Charlie Day) rounds out the supporting cast of characters. Several reviewers have called Monsters University “Animal House for Kids” and that isn’t totally off the mark, though I think it is closer in spirit to Revenge of the Nerds.

The problem with a prequel is that there isn’t much question of the ultimate outcome; since we already know that Mike and Sully are friends and what they do for a living, there isn’t much suspense in the story. This is a problem for all prequels, not just this one, but it does lower the stakes. Monsters University has a clear story to tell and has heart, but that comes somewhat at the expense of jokes. That isn’t to say that the film isn’t funny – it is – but it seemed to have fewer moments of laughter than I remember from other Pixar movies.  While the basic story of a rag-tag band of outcasts trying to prove themselves and overcomes the odds won’t be a new one for adults, they do play with the formula a bit so that the story isn’t completely stale. I would have been more impressed if the film stuck with its original message – sometimes it doesn’t matter how hard you work, we all have limitations – but that’s probably a little too cynical for a kids’ movie (though as someone who used to teach college freshman who were the product of the “everyone gets a trophy” method of child rearing, a little reality might not be a bad thing). I did find parts of Monsters University a little on the boring side, but overall it was still a cute little movie that adults shouldn’t mind having to sit through. My biggest gripe is strictly a matter of personal taste – I’m pretty over Billy Crystal as a performer. I used to find him somewhat entertaining, but as he has gotten older I find him more grating that anything else and his comedy a little hackneyed. I’m to the point now where even the sound of his voice is slightly irritating to me, which makes Monsters University a less than ideal movie going experience for me. Thankfully my love for all things John Goodman balanced it out and I found Crystal’s presence in the movie only occasionally distracting. That’s totally my hang up, but I’m sure it colored my overall enjoyment of the film.

I am obviously not the target audience for either of these movies, but I can assure the adults that will be dragged to these movies that they will not be a chore to sit through. Neither film may have the same spark as the first films, but they are still very entertaining and enjoyable. I thought Despicable Me 2 was funnier, but Monsters University has its charms as well. Either film would be a fine way to spend an afternoon. If you are fans of the original films, you will enjoy the sequel/prequel, despite their shortcomings.

Just when I thought that winter might finally be behind us, Mother Nature decided that we needed one last storm (I hope!) to make things all snowy and white. I am not a fan. The only thing making this bearable is the knowledge that in less than a week I will be in Florida with some of my favorite people and watching baseball. The idea of sitting in the sunshine and not having to wear a winter coat make me positively giddy. Plus it has been five dark and lonely months since I last saw my beloved Yankees, which feels like a lifetime. I’m ready for our reunion. But never fear, dear readers – you won’t be without the blog while I’m away. I’ve got some posts ready to go up in my absence. I’m just that dedicated.

So while I dream of warm weather while I scrape ice and snow off my car, here’s your biweekly round up of some of the pop culture stories that you might have missed. 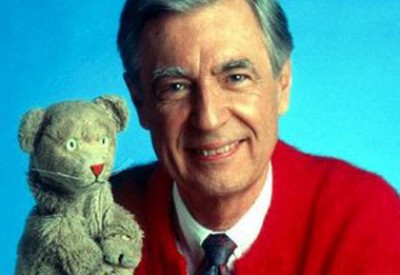