The beginning of a new year is a time when a lot of people are reflective and think back on the last 365 days. Not only do people consider things about their lives that they would like to change, but this is when we see a plethora of “Best of” lists that highlight what the previous year had to offer. But the beginning of a new year is also a nice time to look forward and see what exciting things are on the horizon. For me, sometimes the anticipation is almost as much fun as the actual event; I’m a person who always likes to have something to look forward to. Knowing that there is something that you want to see/read/hear/do makes the not so great days more manageable.

As it stands now, 2015 looks like it will be a quite promising year for pop culture. Of course, there are always things that will pop up later in the year that are exciting, but as of now, these are the things that I am personally looking forward to in 2015: 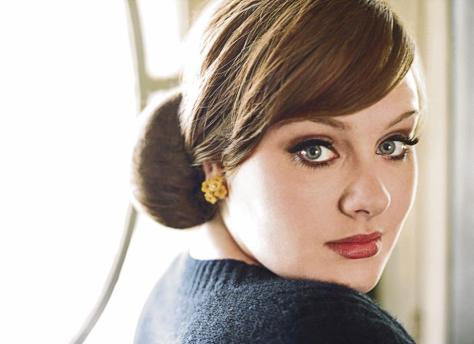 So how about you – what are you mist looking forward to in 2105? Let us know what pop culture that you are eagerly anticipating in the comments.

Hollywood is all out of ideas; that is the only conclusion I can draw from this installment of pop culture odds and ends, as the links are littered with stories about reboots and spinoffs. Original thought just doesn’t seem to exist anymore. Chances are if you loved something in the last 20 years, you’ll get to experience it all over again with a new version for the next generation. I’m not necessary against the idea of recycling ideas, but it is happening way too frequently now. Is nothing sacred?

While I sound like a crabby old lady and tell some kids to get off my lawn, enjoy your biweekly roundup of pop culture stories that you might have missed.

If that doesn’t make you smile, I don’t know what will.

In this part of country today is the first day of school, which has little direct impact on my except that I had to avoid school buses during my morning commute and that my Facebook feed is filled with pictures of my friends’ offspring heading off to their institutions of learning. It’s still weird to me to not have a first day of school anymore; when you are a student and teacher continuously from the age of 4 to 32, you get used to such things. I do miss back to school shopping. I may have to buy myself some highlighters and folders just for old time’s sake. Best of luck to all the kiddos and teachers out there for a productive and educational school year and congratulations to all the parents in weathering another summer (and a special shout out to those of you who now have all your children in school and no longer have to pay for day care – the nightmare is over!).

In honor of the first day of school, allow me to educate you on all the pop culture stories that you might have missed while you were looking for the school prescribed type of scissors or haggling over first day of school outfits. Kick back and enjoy the beginning of Fall with your biweekly pop culture roundup:

He was joined by his Game of Throne’s sister Lena Headey. Say what you will about the Lannisters – these people know how to have a good time.

Did anyone think he was?

That was twice as entertaining as The Amazing Spiderman.

As always, we end with the mashups and shupercuts