We’re now on day 4 of my stint on the disabled list due to a sprained ankle and I’m really pretty much over this injury. I am a pretty terrible patient and if I wasn’t trying to get myself healed up for my big weekend plans I probably wouldn’t be taking it as easy as I currently am. Of course, my idea of “taking it easy” is actually following instructions and even going so far as to take a sick day from work to rest up, but there seems to be progress in my recovery. I even let my mom bring me some groceries yesterday, which was a pretty big concession since I really don’t like having to ask for help. I’m also feeling well enough to overanalyze who has and has not been quick to check in on me and how I’m doing; that’s a good sign – that means I’m not in as much pain if I can read way too much into things.

But even a sprained ankle couldn’t keep me from getting you the pop culture roundup. Since I’ve had a lot of downtime, I was able to spend most of my recovery time searching high and low on the internet for stories that you might have missed in the last seven days. So while I remember to keep my leg elevated and iced throughout the day, enjoy the fruits of my labors with this week’s roundup. 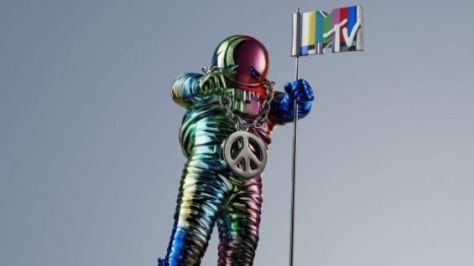 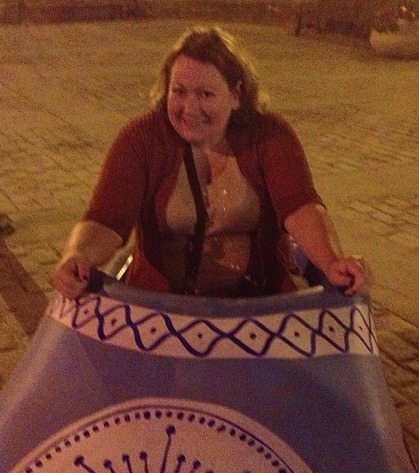 There’s only one September Issue, and there’s only one @beyonce. Click the link in our bio to see more from inside the cover. Photographed by @mariotestino, styled by @tonnegood.

As always, we end with the mashups and supercuts….

That’s a weird way to start a review, but that thought was running through my mind the entire time that I was watching a screening of Mission: Impossible – Rouge Nation. Despite the very cool action sequences and stunts, every time Cruise was on the screen I was thinking that he needed to see a stylist. The longer, shaggy hair was not befitting a man of his age or who is going to be hanging off airplanes in his free time.

The fact that I was focusing on Cruise’s hair and not his personal life is actually a major upgrade. For years, no matter how much I enjoyed a Cruise performance, there was a part of me that was fixated on his relationship with Scientology, his couch jumping or his weird intensity that gives you the impression that underneath this nice guy demeanor that there could possibly be lurking a serial killer. Something about Cruise has always struck me as off and usually I judge his success in disappearing into a role as to how much I think about all his personal baggage during it. So fixating on his hair is actually a really positive sign; it means that I forgot about everything else that is going on with him and was invested only in what I was seeing on screen. That, my friends, is tantamount to a big win for Cruise.

The nice thing about the Mission: Impossible movies is that at this point in the franchise you generally know what you are getting: there will be some cool gadgets, there will be some exciting chases and thrilling fight scenes and at some point when it is most convenient for the plot, someone will be wearing a mask that allows them to look exactly like another actor in the film. If that makes the Mission: Impossible films sound formulaic, to some extent they are, but that’s kind of what I like about them. The reason the franchise continues to do so well is how they continue to play with these elements and find new and exciting ways to do them. There is always some stunt in the film that is show stopping – especially when you discover that Cruise did most of it himself – and the overall result is an entertaining film. I may not necessarily be super pumped about seeing a new Mission: Impossible movie, but I know that I am almost guaranteed to have a good time while I’m watching it. After a steady diet of usually dark art house films and needlessly complicated superhero movies, there’s something about the more streamlined Mission: Impossible movies that is refreshing. It’s kind of like if the Bond movies and the Fast & Furious franchise had a baby. At this point in the Mission: Impossible movies, they have learned from some previous missteps and have figured out what works for the films and for Cruise; the result is perhaps not particularly daring, but it is extremely confident. Mission: Impossible – Rogue Nation is a fun action movie that is streamlined for maximum enjoyment.

Mission: Impossible – Rogue Nation begins with IMF (Impossible Missions Force) being disbanded after a string of questionable missions that while successful left an awful lot of death and destruction in their wake. The IMF is usurped by the CIA, a move spearheaded by Alan Hunley (Alec Bladwin, being Alec Baldwin). This is poor timing, as Ethan Hunt (Cruise) has just discovered intel that the mysterious “Syndicate” does in fact exist. With the CIA demanding that Hunt be held accountable for previous activities with IMF, Hunt goes rogue to try and uncover the Syndicate. He is assisted in this by his old team – William Brandt (Jeremy Renner), Benji Dunn (Simon Pegg), Luther Stickell (Ving Rhames) – and the mysterious Ilsa Fuast (Rebecca Ferguson), whose true loyalties are questionable. Can the off-books IMF team expose the Syndicate and their illicit activities while also be found and accused of treason?

While the story is important to Rogue Nation, it also serves as a way to quickly move from one exciting action sequence to another. Rogue Nation is absolutely jam packed with thrilling fight scenes and stunts; these exchanges are beautifully choreographed and absolutely a delight to watch. The scene of Cruise hanging off the side of an airplane – which is in all the commercials and is the scene that he’s been showing on his tour of talk shows (because he really did it) – takes place within the first five minutes of the movie and they keep their foot on or near the accelerator for the duration of the story. There are occasional moments when they pause, but those breaks are just to allow you to prepare yourself for the next exciting burst of action. It all moved along very quickly and efficiently and the two hour run time absolutely flew by.

Everyone in the cast did their usual solid job – the Mission: Impossible movies have figured out how to channel Cruise’s brand of intensity – but Rebecca Ferguson deserves special recognition as the newcomer to the team. She succeeded in being a true bad-ass in Rogue Nation; it’s refreshing to see women get the chance to mix it up in these action films and Ferguson (and her presumable stunt double) more than hold their own. Her character is second only to Ethan in the physicality of the role and while most action films allow the women in the cast just a moment to shine (and often limited to exchanges with other women), the character of Ilsa is fully integrated into multiple action sequences throughout the movie. It was a nice change of pace and felt totally organic to the film.

Another surprise in Rogue Nation was just how funny the film was. Usually action films have a few one-liners here or there to lighten the mood, but there were more consistent laughs in this installment than I remember in previous movies. Jeremy Renner, in particular, gets to do a little comedy and he does a nice job. So while Mission: Impossible – Rogue Nation is definitely an action movie, there are also plenty of moments of levity, which serve as a nice counterbalance and make Rogue Nation just feel fun.

Mission: Impossible – Rogue Nation isn’t going to change the world and isn’t doing anything all that different. It is, however, a very solid action movie that knows its characters and actors well enough to operate like a well-oiled machine. If you’ve like the previous movies in this franchise or just like action movies generally, you’ll like Rogue Nation a lot. Lots of thrills, lots of laughs and a plot that doesn’t require a lot of attention to easily follow. That’s the recipe for a very enjoyable summer movie. Now get Tom Cruise to a barber.