It’s the most wonderful time of the year – no, not Christmas, but the beginning of awards season. While some people are looking forward to decorating their tree or picking out the perfect present, I am anticipating all the great new movies that are coming out and who will be nominated for all the top awards. To me, December 25th is the day that The Wolf of Wall Street comes out; is there something else going on?

Until we are inundated with awards ceremonies, kill some time by perusing my biweekly roundup of pop culture stories that you may have missed. There is a lot of pop culture goodies this week.

Shh….don’t tell anyone, but I’ve never seen The Blues Brothers.

Seriously – my subway rides are so boring compared to this. 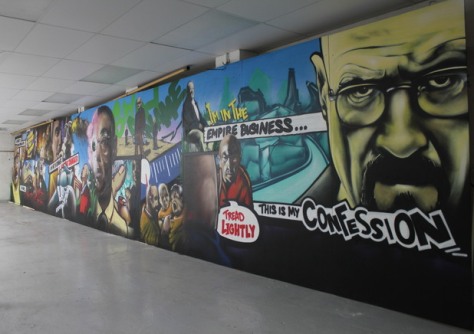 Serious question – when did the Swedish Chef start having human hands? I noticed this during the Lady Gaga special on Thanksgiving and it FREAKS ME THE HELL OUT.

As always, we end with the Mashups and Supercuts:

I am totally watching this.

Today is finally the day! After several missed starts and anxiety, Community will finally return to the NBC schedule. Winter storm Nemo had derailed my weekend plans, but knowing I’ll be soon reunited with the folks at Greendale Community College is helping to cheer me up. This is probably the beginning of the end, as I have no illusions that the show will get a fifth season, but even if these are the last episodes of Community that are ever produced I plan to watch the hell out of them. I just hope the new showrunners don’t screw the series up. Fingers crossed.

While I count down the hours until 8 pm tonight (assuming NBC doesn’t change their minds again – there’s still time), here are is a roundup of pop culture stories that you may have missed:

He has released the track list and album art for The 20/20 Experience, which will be released on March 19th.

from the NPR Music Tumblr

I will absolutely see this, however, because it stars Idris Elba and Charlie Hunnam, two gentleman I am particularly fond of.