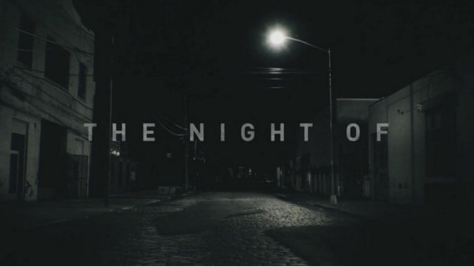 I’m not always good at predicting what is going to be popular. When the first episode of Survivor debuted, I thought that it wouldn’t last because who wants to watch a bunch of people on a “deserted” island? That’s nonsense. 33 seasons later, I can accept that I was wrong on that. But for the most part, I do have a decent eye for pop culture trends; I’ve gotten better at reading the tea leaves as to what is going to be the next big thing that we’re all going to be talking about. That’s one of the reasons that I was able to see Hamilton as early as I did during its Broadway run; I heard enough chatter about the show before it opened to know that this was going to be the next big thing. I watched Breaking Bad from its very first episode. I correctly predicted that Serial and Making a Murderer would become cultural phenomena.

I think HBO’s The Night Of is going to be the next big thing.

The Night Of is a crime drama that is based on the BBC series Criminal Justice. Naz (Riz Ahmed), a young Pakistani-American college student, “borrows” his father’s taxi cab to attend a party and winds up in jail as the prime suspect in a murder with a bargain-basement attorney Jack Stone (John Turtorro) to wage his defense. The series is less a “whodunit” and more an examination of the judicial system and what happens to the people that are caught up in it; Naz’s guilt or innocence is less the focus than what happens to him once he is arrested.

I’ve only seen the first episode of the limited series, but it totally and completely sucked me in. The cast is uniformly excellent, the story compelling, and the show cultivates mood and tension perfectly. The whole first episode, I was basically holding my breath, waiting for the other shoe to drop; I knew what was coming based on the premise of the series, but the anticipation of when everything was going to fall into place was so fraught that it actually made me a little uncomfortable. As doe-eyed Naz makes mistake after mistake, you just want to yell at him through the screen. The characters feel very real and there is an authenticity to The Night Of that only heightens it success in storytelling.

The Night Of has been a long-gestating project at HBO; if you look closely at the opening credits you’ll see the late great James Gandolfini listed as an executive producer. Gandolfini was a champion of this series during its development and was slated to star in it as defense lawyer Jack Stone before his sudden death (he had filmed the pilot prior to his passing). It’s kind of fascinating to contemplate what he would have done with the role, though that is not any slight to John Turturro. Turturro and Ahmed both turn in mesmerizing performances in the pilot, which only further heightens my expectation for the rest of the series. Knowing that Michael K. Williams will also eventually turn up is the icing on the cake. The writing on the series is excellent, which is no surprise when you know that it comes from the pen of author Richard Price, who also worked on The Wire. The Night Of is a throwback to the glory days of HBO, back when their dramas were the epitome of prestige television.

The best compliment that I can pay The Night Of is that I’m optimistic that it will lessen the pain of losing Game of Thrones on Sunday nights. I had considered giving up HBO for the summer once Thrones ends, but I’ve reconsidered that based on how strong the first episode of The Night Of was. If, as I predict, this is going to be a show that people are talking about, I don’t want to miss out on the conversation. It has actually been a mixed blessing that I saw the first episode prior to its official debut; on the one hand, I’m glad to know how great the show is so that I can encourage others to watch it, but on the other, it means that I have to wait longer for a new episode than normal and patience is not necessarily one of my strengths. Based on the hour that I’ve seen so far, I can’t wait to continue on this journey.

The Night Of debuts Sunday July 10th at 9 pm on HBO.