After a crazy couple of weeks with a lot of travel for work and travel for fun, things have mostly fallen back to routine for me. Soon enough, winter weather will ground most of my travel plans so I’m trying to squeeze in as much as possible before the falling leaves morph into falling snow, but that’s mostly limited to weekend trips now. I am so busy at work that the idea of taking a day off is pure folly; I am counting down the days until a project that I manage will be completed (68!) and hopefully I get some semblance of a non-stressful life back. That’s probably not going to happen, but a girl can dream. It helps keep me sane.

What else keeps me sane? Pop culture of course. Immersing myself in all things pop keeps my blood pressure from being off the charts scary. Surfing the web looking for nuggets of pop culture goodness for you all is how I relax. I think we have another stellar roundup of links and video this week, if I do say so, so dive in and get yourself caught up on all the pop culture that you may have missed in the last week.

Regarding the announcement of a "Say Anything" tv show… @JohnCusack, @IoneSkye1 and I have no involvement… except in trying to stop it. 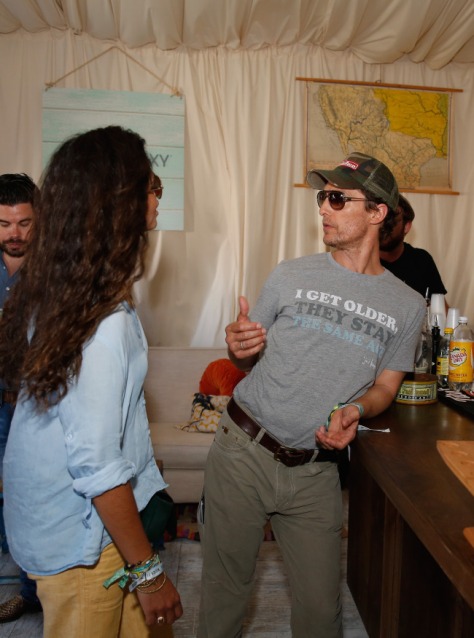 Time for some new trailers:

As always, we end with the mashups and supercuts.

My fundraising drive for the Children’s Tumor Foundation has come to an end; the blog raise $360, which isn’t too shabby. Thank you so much to all that made a contribution: Angela, Tori, Jennifer, Laura, Fred, Nicole, Shana, Kristin, Tiffany, Amanda, Shane, Michelle and Staci!! You all are the best!