In this part of country today is the first day of school, which has little direct impact on my except that I had to avoid school buses during my morning commute and that my Facebook feed is filled with pictures of my friends’ offspring heading off to their institutions of learning. It’s still weird to me to not have a first day of school anymore; when you are a student and teacher continuously from the age of 4 to 32, you get used to such things. I do miss back to school shopping. I may have to buy myself some highlighters and folders just for old time’s sake. Best of luck to all the kiddos and teachers out there for a productive and educational school year and congratulations to all the parents in weathering another summer (and a special shout out to those of you who now have all your children in school and no longer have to pay for day care – the nightmare is over!).

In honor of the first day of school, allow me to educate you on all the pop culture stories that you might have missed while you were looking for the school prescribed type of scissors or haggling over first day of school outfits. Kick back and enjoy the beginning of Fall with your biweekly pop culture roundup:

He was joined by his Game of Throne’s sister Lena Headey. Say what you will about the Lannisters – these people know how to have a good time.

Did anyone think he was?

That was twice as entertaining as The Amazing Spiderman.

As always, we end with the mashups and shupercuts

My head must have been in the clouds because I almost forgot that was a pop culture roundup week. That isn’t a problem in and of itself, but failing to remember means that I didn’t get a head start on putting this together. I had planned to get a lot of this done Monday night, as I was at a show last night, but then I started looking for breakup songs and I was down the YouTube rabbit hole. Next thing I knew it was 11:30 and I never got to the roundup. So I’m doing a rush job on it this week (mostly on my lunch breaks), so forgive me if I don’t cast as wide a net as usual. I love doing this post, but it is ridiculously time consuming.

Now that I’ve lowered your expectations, on to your biweekly culmination all things pop:

Welcome to the Family (NBC)

Once Upon a Time in Wonderland (ABC)

Back in the Game (ABC)

The Bridge (FX) – debuting in July 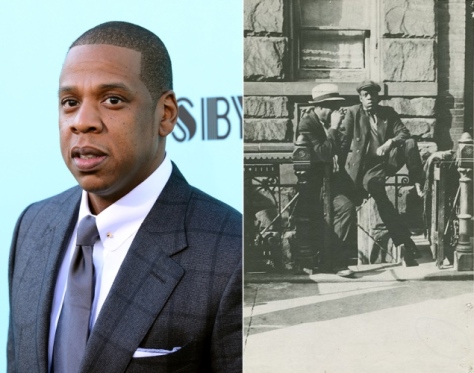 The only logical explanation is that Jay-Z is immortal.

As always, we wrap up with the mashups and supercuts:

And finally – an Iron Man/”Suit and Tie” parody mashup: