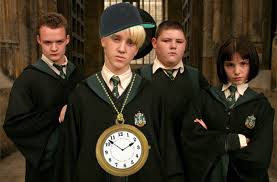 This week, The Tonight Show literally took the show on the road and has been doing shows from Universal Studios in Orlando, Florida. This is the first time that The Tonight Show has ventured out beyond New York City since Jimmy Fallon took over and I’ll admit that it’s a little weird to see the show done somewhere else. Not only does the aesthetic of the set look different, but they are using a studio that seats a lot more people than the NYC studio can accommodate. On the one hand, it’s great that more people will have an opportunity to see the show live, but on the other it looks there are now actually some bad seats in the house. The studio in Rockefeller Plaza is cozy enough that even from the last row you still feel pretty close to the action; that doesn’t look like the case in Orlando, though I’m sure the people that have less than stellar seats are still just happy to be there.

The show has taken full advantage of their amusement park surroundings and has used the park in several of their bits this week. I’m not naive – I know that a big part of this location is for the show to be an advertisement for Universal Studios – but what has been tremendously surprising is how easily it has worked on me. I’m now kind of obsessed with going to visit the park. Now this is not to say that I had no interest in going to Universal before this week – I wished that I had gone there instead of the Magic Kingdom last time I was in Orlando – but this last week of watching The Tonight Show and all the fun that they are having certainly has intensified those feelings. It appears that when it comes to subliminal advertising, I am a pretty easy mark. My iron clad resolve is apparently a myth.

One of the items that they have particularly been focusing on this week is the upcoming opening of the Harry Potter-themed  Diagon Alley.  My interest being piqued in this attraction was the most surprising to me: while I am a fan of the book series and saw some of the movies, I wouldn’t consider myself a devotee. I read the last few books the day that they cam out, but I’ve never picked the books up again after I finished the series and I realize that I forgot a lot about them from anecdotal conversations and other pop culture references. I’m not even sure that I could easily name the four houses at Hogwarts, which is some pretty basic info to have mastered (I always forget Ravenclaw). Yet after a few episodes of The Tonight Show and several mentions of Diagon Alley and other Harry Potter related things, I’m pretty ready to pack my bags and take off for Florida.

If I had to put my finger on what exactly was the tipping point, I’d have to say that it was this Harry Potter rap that The Roots performed last night:

Damn you The Roots and your musical talent!

I’ve already started badgering my friends that live in Florida that I need to go to Universal on my next visit. I have no idea when that will actually be, but it will definitely happen in the near future. I’m assuming that my experience at Universal will not be as awesome as Jimmy’s has appeared to be – I am, after all, just a regular person and not a V.I.P. (believe me – that was hard to write) – but I still think it will be a good time. I’m probably too old to be this excited at the mere idea of going to an amusement park, but Jimmy Fallon could probably get me psyched for just about anything.