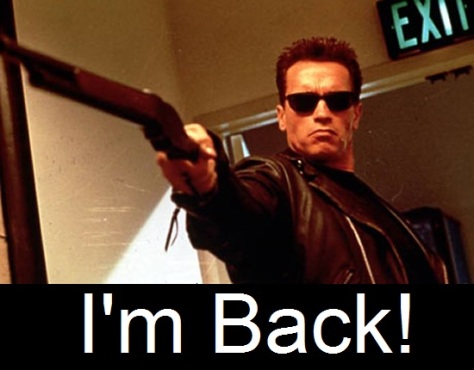 What a difference a few days off can make! While I did miss blogging for all of you while I was on vacation, the time away did me good. I feel so refreshed and energized after my brief hiatus; my co-workers are probably wishing that I had done this a while ago. I even managed to not check work email until day 4 of being away. Considering that I am the same person who has answered work correspondence while on a ride at EPCOT and during a live show at the Dallas Zoo, this is a minor miracle.

I didn’t forget about you all while I was recharging; I may have blown off all work responsibilities, but I made sure to keep tabs on the world of pop culture even while laying out by the pool. I couldn’t leave you hanging; that’s not my style. So while I enjoy the residual effects of a little R&R, peruse your biweekly roundup and check out some of the stellar pop culture nuggets that I’ve compiled.

And now, a break for some trailers

Amy Poehler and Paul Rudd in They Came Together:

A teaser for the final season to True Blood:

The first look at Lifetime’s Petals on the Wind. You know I’ll be watching:

As always, we wrap things up with the mashups and supercuts: