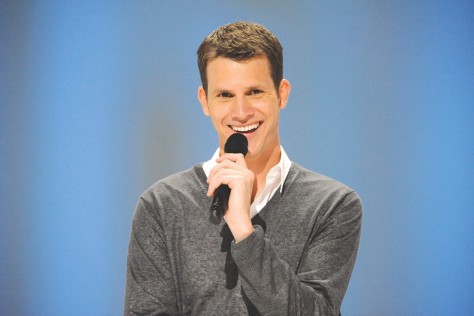 I am a firm believer that nothing should be off limits in comedy; some of the best comedy comes from jokes about topics that are sensitive or controversial. The caveat, of course, is that the joke has to be funny and the level of difficulty is much harder for jokes that are about race, religion, sexuality, abortion or sexual violence than jokes about airline peanuts. It’s a very fine line and if the joke isn’t well crafted or nuanced, it will be a disaster. It’s something of a high wire act. Not every comedian can pull this off and the likelihood of bombing of offending people is enough to scare off most comedians from even trying. But I don’t subscribe to the school of thought that jokes about certain topics should automatically be taboo or off limits. It might be a hell of a lot harder to tell a joke about certain things, but that also makes those jokes spectacularly satisfying when they do land. When done right, these jokes are often pointed critiques of something terrible or provide commentary on the issue. It all depends on how the joke is crafted and who the punchline of the joke is. This is why I tend to gravitate toward comics that deal with edgier material; it’s a personal preference and I can totally appreciate that not everyone feels the same way. I also realize that the decision of whether a joke “works” or not is totally subjective. That’s why I think it’s important to be familiar with the type a comedy that a comedian is known for before going to see them live; if you don’t like the kind of jokes he or she is telling, then don’t support them by going to their shows. If a comedian tells a joke that you don’t like, don’t laugh. Walk out of the show (I don’t agree with heckling – that disrupts everyone’s night and is probably only going to exasperate the situation).

Daniel Tosh has an incident a few years ago involving a rape joke that resulted in a lot of controversy. I don’t think he  handled it all that well in the moment, but I also didn’t automatically dismiss him as a comedian. I’m not super familiar with his standup and have only seem snippets of this Comedy Central show Tosh.0, but when some friends invited me to go with them to see him when he came to Albany, I was willing to give him a chance. I wasn’t sure where exactly I’d come down on his material and I was prepared to write him off as not for me, but I also tried to keep an open mind. My metric was pretty simple – if he could make me laugh, then the night was a success. I didn’t have to find every joke hilarious, but if the majority made me chuckle than it would be worth the ticket price. That was the same attitude that I had when several years ago I went to see Artie Lange – a comedian that I was pretty sure wasn’t for me but that I was willing to give him a chance to win me over. He failed spectacularly in that quest – had I not been with co-workers I would have walked out – but it was a learning experience. I treated going to see Tosh the same way.

Going to see Tosh, however, was an unmitigated success. Honestly, I expected his jokes to be much more controversial than they were. He obviously falls on the edgy end of the spectrum with the topics that he covers, but I think by comparison Anthony Jeselnik – another comic I enjoy – pushed the envelope much further during his act. Now Tosh is absolutely not for everyone, but I was pleasantly surprised by how much I enjoyed his set. Like most comedians, not every joke killed for me, but I laughed far more than I did not. I think he navigated the potential comedic landmines that he tackled fairly well. He made me laugh about things like abortion and 9/11 and while I probably fall on the harder to offend end of the spectrum, those are still not necessarily easy topics to handle. Tosh has the reputation for being a little misogynistic in his comedy and while he did tell jokes about women, they were not the majority of his material and, more importantly, were funny. The audience overall agreed with me – some jokes didn’t work for people and they groaned, but in my opinion that valuable feedback. For the most part, I think the people that were there to see Tosh knew exactly what they had gotten themselves into.

Overall, I enjoyed the show far more than I would have thought I would. Not the best stand-up comic that I’ve ever seen, but certainly well above average. I think there are comics that are making smarter jokes about some of these topics – Amy Schumer is pretty much at the top of her game and provides a very different perspective – but Daniel Tosh provided us a solid night of entertainment and laughter. I’m not sure I’ll make a point to watch Tosh.0 anytime soon, but I would definitely go see him do standup again. He exceeded my minimum bar of “not a trainwreck” and surprised me with how much I laughed at his set. Not for everyone, but I think if you are familiar with and enjoy his comedic sensibility that he’s worth seeing.

Daniel Tosh’s “The Great Nor’Easter Tour of 2015” continues through the end of June.